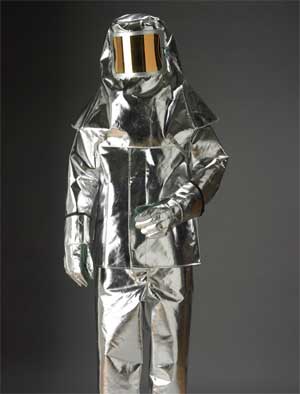 We manufacture TOG, that is turn out gear using ultimate fire protection technology. While designing TOG we always take into concede ration Ergonomics resulting in such an excellent product which gives user full protection and at the same time allow free movement.

Turnout clothing can consist of a combination of trousers suspenders, boots, and a jacket. Modern sets use a trouser/jacket combination. The advantage of this combination is overlapping coverage to create a protective envelope against fire for the firefighter to operate in.

According to NFPA 1971 and similar standards, all turnout clothing must have three components: an outer shell, a moisture barrier, and a thermal barrier. In between these layers are pockets of air referred to as "dead zones". These layers of air, along with the three protective layers, help to further insulate the wearer from the extreme environments of fires. Usually turnout pants are outfitted with reinforced knees and leather cuffs.